​When I was in college, I had the chance to intern at WPVI in Philadelphia. I consider myself lucky for that experience as Phil treated me like I was a part of the Action News team from the moment I walked in the newsroom.

I'll never forget his trust and confidence in me to get me on the set on a Sunday night so I could put together my first real resume tape. A tape that would land me my first professional job outside of Philadelphia. Phil helped show me how to become a professional broadcaster.  Through the years, Phil has always been there to offer constructive feedback to make me a better anchor, reporter, and producer. He treated me like a colleague from the moment we met and it has turned out to be a lifelong friendship.

Phil Andrews has been a guiding force in my career.  I had the opportunity to work with Phil as a football analyst on Philly Sports Spotlight. His knowledge and easy-going style made him a pleasure to work with. Since that time I have enjoyed success as a college football analyst for ESPN, Fox, and the American Sports Network.  I highly recommend Phil Andrews and his services to broadcast professionals.

​A Great Communicator, A Great Teacher, and A Good Man! Those are the first three traits that come to mind. He's also a Great Writer, A Great Mentor, and A Versatile Broadcaster. He has been a Sports Reporter, a News Reporter and a State House Correspondent; and  excelled at all of them! He is also a wonderful Coach and Mentor for Young Journalists and has helped tremendously with Coaching, Critiquing, and Prepping our clients at DB&A. He also does technical and creative work on our Website. I can't say enough about the Professionalism and tireless work ethic of Phil Andrews.

As a young sportscaster, I had the privilege of working with Phil at a very important point in my career. His years of experience in the business helped me improve more quickly through sharing constructive thoughts as he helped streamline my on-air abilities.

He was also a great person to work with. Phil and I shared as many laughs as we did stories covered. His good nature puts people at ease, and you immediately know he’s someone you can trust. Phil is one of the most generous people I know, and it only seems fitting that he’d now be in a role sharing his experience with others to help them achieve their dreams.

Phil Andrews played a key role in my sports broadcasting career. During an internship at WPVI TV in Philadelphia, he shared countless writing tips that helped me throughout my career.  He also helped me and many others get on the WPVI set to record anchoring segments for our resume reels. When it was time to put my reel together he helped me pick the clips to use for my montage. I couldn't believe he would actually take the time to do that, but it showed how much he cared about the success of others.

He was never too busy to answer questions during my internship and would always respond when I reached out to Phil well after my internship.  Phil is a broadcasting veteran, very down to earth and always willing to pass on valuable  knowledge. I've spent close to 20 years in sports broadcasting and Phil is one of the major influences on my career.

What They Are Saying 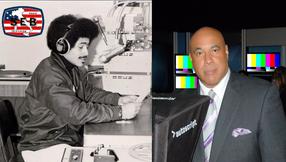 ​​Phil’s love for broadcasting dates back to his junior year in high school while working for the Armed Forces Radio and Television Network in Vicenza, Italy. That early media exposure helped set the stage for a 35-year broadcasting career.
​
As a communications major at the University of  New Hampshire, he worked at the student radio station as a disc jockey, news anchor, sports director, and play-by-play announcer. Like many college graduates, Phil started his television career in a small market and worked his way up the ladder with stops in Manchester, NH, Hartford, Ct, Philadelphia, Pa, and New York City.

Along the way, he worked with some of the best talents in the business, interviewed some of the biggest names in the game and covered just about every major sporting event imaginable. Despite the accolades and awards, however, Phil says his biggest accomplishment was passing his wealth of knowledge along to young, aspiring broadcast journalists looking to carve their own niche in the industry.

Please Visit My Other Sites